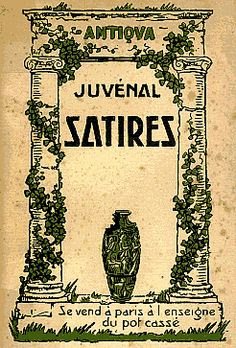 In 86 AD Domitian founded the Capitoline Games. The festivities came with a dress code (white togas) and a prelude of hero worship. Twenty-four priests would prostrate themselves before Domitian and worship him as their "Lord and Master."

The crowd would obligatorily wave palm branches and at the appropriate time shout “ Our Lord and our God!”

Before the games could begin there would be an “informal reporting session” (in front of the tens of thousands of spectators) where the leaders of each Province of the Empire would have their “report card” read. Based on the emperor’s approval the province would be guaranteed prosperity; his disapproval would signal an era of harsh treatment, the loss of self-governing status and higher taxation.

After that business was over the games could begin!

Part of the reasoning behind an oppressive personality cult was the control of the expansive and heterogenous empire that Rome had become, stretching from literally one end of the known earth to the other.

“[Rome] had in it many tongues, races and traditions. The problem was how to weld this varied mass into a self-conscious unity. There is no unifying force like that of a common religion but none of the national religions could have conceivably become universal. Caesar worship could. It was the one common act and belief which turned the Empire into a unity. To refuse to burn a pinch of incense and to say: Caesar is Lord,” was not an act of irreligion; it was an act of political disloyalty.” (Barclay,William. The Revelation of John, Volume 1. 1976):

The Book of Revelations is an interesting guide through the world of Domitian. Seven churches are described struggling with the cultural environment of a totalitarian dictatorship, each church pointing to a different complexity that threatened their lives as they attempted to live within a campaign of persecution and control.

Ephesus was set up as a “Neokoros” or worshipping center. Domitian’s effigy was deified throughout the architecture of the city, but it was the temple of Ephesus that was the crowning achievement.

The temple stood on a supporting platform, upheld by columns representing the pantheon of Roman gods. Standing above the columns, taking his place as “King of Kings” and “Lord of Lords” was an immense statue of Domitian.

“Next to the temple was the “agora”, a marketplace where people in various trades—seamstresses, stone masons, metalworkers, traders of silks, spices, and produce—made their living and depended on for their survival. Domitian understood their dependence on the agora, and so exploited that dependence to set up yet another display of power. Domitian declared that any person wanting to do any kind of business in the agora first had to acknowledge Domitian as god and then make an incense offering to him.

Once you had made an acceptable display of worship, you would receive a mark—probably some kind of ink stain—and only then could you sell your goods in the agora.” (McNeal, Chris. "The Bible that Borrows Part 6: The Roman Bible". 2017 )

If we look at Thyatira, a commercial center known specifically for it’s dye and wool industry, we see another piece of the puzzle. Thyatira had a vast number of trade guilds, a separate guild for every artisanal craft. It would be virtually impossible to practice a trade without being a member of the trade guild, and yet part of membership required communal meals together in the specific temple of the patron god of their craft and obligatory worship of Domitian.

So the setting for Juvenal would be similar to that of North Korea. In his earlier books we see a more vicious mode of attack, but by his seventh satire his attacks have become more subtle.  The persona theory argues that as Juvenal ages he becomes less furious at his poverty and forced toadying.

Another argument could be that the climate was far too dangerous to really say anything of value.

In the world of Domitian, the working class were at the disposal of the emperor. Their lives were perilous and fraught with the uncertainty of the ever changing whims of a tyrant. But Juvenal can’t really talk about that. Instead what he talks about is the plight of the creative man and the general lack of appreciation for the artistic personality.

Juvenal singles out poets, historians, lawyers, rhetoricians and schoolteachers. All exist within the mercenary culture of an avaricious upper class that has managed to avoid the majority of Domitian’s oppression.

The bad guy in Satire VII is not the Emperor but rather the wealthy and the elite. Juvenal flatters Caesar, by winking and nodding and suggesting that the supreme leader is the only patron of the arts that truly understands and breaths life into the empty souls of the starving artist.

All hopes and incentives of learned
men lie in Caesar alone.
For in our time only he has regarded
the Muses who moan
And grieve while famous poets must
manage small baths in a place
Like Gabii, or bakeshops in Rome, and
others have shown no trace
Of shame to become town criers; while
starving Clio forsook
The valleys of Aganippe and came to
town to look
For work…[1-7]

Unable to sustain themselves by their professions alone the artists and intellectuals are forced to turn to menial labor to support themselves.

The real point of interest lies in what these men all have in common and what they exchange their professions for. Poets, historians, lawyers, rhetoricians and schoolteachers all have the distinction in formally parsing out the contextual reality of a particular moment. We see this in Winston Churchill’s claim that “History is written by the victors.” Historians have the unique ability to white wash the past and recreate the present and future.

“[Domitian] was a devil. He was the worst of all things- a cold blooded persecutor. With the exception of Caligula, he was the first Emperor to take his divinity seriously and to demand Caesar worship. The difference was that Caligula was an insane devil; Domitian was a sane devil, which is much more terrifying.” (Barclay. 1976)

Ephesus had won “free city” status by its services to the Empire. That meant it was self governing, exempted from having Roman troops garrisoned there and hosted some of the most popularized games drawing people from all over the empire as a source of revenue. With such status came tremendous risk.

As a historian, describing the glorious triumph of Augustus and the subsequent decline of moral values found in his predecessors would not go over well. No wealthy patron that valued their life would fund the writing of such a history. So in turn the historians become glorified lifeguards at the city bath.

Juvenal’s claim is that no patron values these lost arts except the Caesar, making the elite and privileged the bad guys. Juvenal creates a scenario where the criticism is pointing away from Domitian in form. Yet, to any cogent person alive in the first century- it would be obvious that patronage that comes with a dagger is less of a magnanimous beneficence and more a hooded executioner waiting to drop the ever present axe.

Take Ovid for example, one of the three canonical poets of Latin literature, his Metamorphoses is thought to be a thinly veiled critique of contemporary Roman politics. The final book discusses the deification of the Caesar, expressly praising Augustus, and ends with Ovid waxing poetic about the immortality he has earned because of his poetic genius. Instead of praise and adoration, Augustus banishes Ovid to a life of exile in a remote province on the Black Sea.

Ovid attributed his banishment to “a poem and a mistake.”

But still we poets keep working and
scratch our furrows now
In shallow dust and turn the sands
with a profitless plow.
For if you’d stop, the incurable itch
for writing holds
You in ambition’s snare and in your
sick heart grows old.

But a genuine poet, who has a personal
lyric streak,
Who writes no hackneyed lines, whose
verse is not, so to speak,
Coined in a common mint-this man,
whom I cannot show
And only sense, is produced by a mind
free of care, bearing no
Rancor, devoted to the forests, and
worthy to drink
At the Muses’ spring. For gloomy
Poverty cannot think
Of singing in the Pierian cave, a
thyrsus held tight
In hand while having no money, which
both day and night
The body needs…[48-61]

Domitian’s father, Vespasian, was one of the few breaths of fresh air the young Empire had enjoyed in its chaotic infancy. Vespasian was a military genius and had won notoriety by suppressing the Jewish rebellion of 66 AD.

When Vespasian became Emperor in 69 AD he hired a rhetorician, Quintilian as consul. Quintilian had opened a public school of rhetoric during the chaotic “Year of the Four Emperors” and had an illustrious career teaching such students as Tacitus and Pliny the Younger.

“The emperor in general was not especially interested in the arts, but…was interested in education as a means of creating an intelligent and responsible ruling class.” (Kennedy, George. Quintilian. 1969)

When Domitian takes his place as Caesar, the environment is pregnant with hostility and paranoia. Quintilian has survived the assassinations of multiple Emperors, but even he is wary of this egomaniacal despot.

For all intents and purposes political oratory was dead. Not since Cicero had an orator felt the climate safe enough to denunciate the political enemies of the state. Oratory had become too dangerous to practice.

Juvenal focuses the ineffectual ability of the artists to practice their arts on a society that has grown gluttonous and lazy, unwilling to pay for the opportunity to learn and willfully blind to anything that refuses to dazzle.

Do we trust in eloquence? No one
today would ever allow
Cicero himself the smallest fee unless
he could show
A big blazing ring. The first thing a
litigant has to know
Is: Have you eight slaves, ten
flunkies, a litter; have you friends
In togas to walk before you? That’s
why Paulus used to rent
A sardonyx ring for his pleas in
court, and why he earned
Higher fees than Gallus or Basilus.

Seldom do people discern
Eloquence under a threadbare cloak. [139-146]

In Juvenalian double speak, the real perpetrators of a crime here are not the rich or the elite, but those unwilling to stand up and speak out. The poets, historians, lawyers, rhetoricians and schoolteachers have been cowed by fear. They have been guilty of omission. While Juvenal says “seldom do people discern eloquence under a threadbare cloak,” his criticism isn’t of the wealthy choosing to ignore the impoverished, but rather the impoverished vanguard choosing wealth and safety over integrity.

In Satire VI [347-348] Juvenal writes: Who will guard the guards themselves?”

When the poets, historians, lawyers, rhetoricians and schoolteachers have given up their post as the civic conscience then society has truly nothing left to defend it from the tyranny 67of a despot.
at July 31, 2017