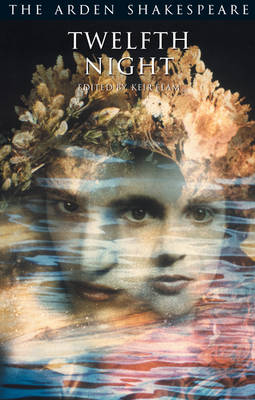 Up until recently that’s probably about where my knowledge of the play had been as well. But for the last two weeks I have slowly traced literary rabbit trails from one theme to the next, only to end in delirious ambiguity and confusion…which I think means I am reading it well. The thing about Shakespeare, as I am beginning to learn, is that he refuses to be easily defined. There’s always the subliminal complexity and the subversive ambiguity to wonder if what you think just happened really happened. Take the end of this play for example: my class had to discuss if we thought it had a happy ending or a sombre ending…I think the class decision was evenly split.

I argued for a sombre ending the first week. Malvolio, the steward, has had an extreme practical joke played on him orchestrated by Maria, Olivia’s gentlewoman; Sir Toby, Olivia’s uncle; and Sir Andrew, the fool that Toby is trying to marry off to Olivia, but really is just using him for a bit of fun and extra cash. As Harold Bloom says:

“…The mystery of Twelfth Night may well be Shakespeare’s enthusiasm for a practical joke so fearsome that the wretched Malvolio, at the play’s end really would be better off dead. Shakespeare the thinker- as gifted as Shakespeare the creator of personality, of language, of wisdom - challenges our ethics and our moral psychology by compelling us to realize that what we enjoy is the guilty pleasure of a solipsism in which we haplessly say: “This cannot happen to me.” (Bloom, 13)

By the second week after reading R.W. Maslen’s essay "Twelfth Night, Gender, and Comedy" (Early Modern English Drama: A Critical Companion, 2006) …I saw it from the opposite side. While the play does end with Malvolio in disgrace, Count Orsino has someone run after him and attempt to repair the damage that has been done. Both Orsino and Malvolio have shifted throughout the play, Orsino has shifted to realize that there is a world outside of himself and that people are capable of feelings (like for example women in general) and have complex emotions beyond his own narrow vision. He has realized he needs these people and has shifted to a posture of social cohesion rather than isolation.

Malvolio has also realized he needs people. Throughout the play he is arrogantly above the hilarity of the festivities. He wants to reign the others in and create order…but his world is also one of isolation, best illuminated by his fantasy of marrying Olivia and spending more time itemizing his new luxury items (velvet! Day beds!) than actually appreciating Olivia as a multidimensional person of value. By the end, as he is running away yelling: shame on you all! I will have my revenge! He has learned that in dire situations you must have people to rely on. In the sense that the comedy has been propelled forward by the centripetal force of those in isolation and ends with cohesion…the play has a happy ending.

All of that to say there are so many ways to look at everything…that I almost wish this was a 10 week class on a single play and we just spent our time carefully going through diametrically opposed criticism.

The title Twelfth Night refers to the Feast of Epiphany or the Feast of Fools, A celebration that involved role reversals and merriment. The second title: or What You Will is a somewhat ambiguous play on words that preemptively sets the stage for a romp of complex dualities and mistaken identities. There is a general “twin-ness” about the play where we see the doubles or inverse of both characters and themes such as passive and active, male and female, agency and impotence.

This duality immediately becomes apparent as the play begins: instead of merriment we find melancholy as Orsino pines over the unrequited love of Lady Olivia. Orsino is lovesick and moody, trapped in a world of his own creation. His metaphors and similes are intense: Music is the food of love, love is like insatiable hunger, love is like a stormy sea. We see unpredictability within his own emotions as he tells the musicians to “play on” and then moments later demands that they stop. The end rhyme “no more!/ before” perfectly highlights his fickleness.

In this depressive verbal seascape, everything is shape shifting and unpredictable, (1.1.14) and yet it isn’t holiday cheer/ale that has inebriated him (like it has for Sir Toby) it is his own insatiable solipsistic love: “…give me excess of it.” (1.1.2)

When asked if he will go hart hunting, he says he already is hunting the noblest hart/heart he has: his own! Using a homonym points to the duality and complexity within language itself. When Olivia surfaces within his narrative, it is only to “purge the air of pestilence” (1.1.19) so that his cruel hounds of desire can pursue his own hart/heart with better clarity. When she has shifted her cloistered devotion from her brother to himself and he is finally the proprietor of her “liver, brain and heart” then his “sovereign thrones” will be “supplied and filled” with “Her sweet perfections.” (1.1.32-38) He is so delighted by this mirage that he goes off to find the perfect bed of flowers to lie in.

Both Orsino and Olivia engage with love in a similar way. Orsino describes love as something almost unexpected and perhaps unwanted that came upon him and now holds him hostage. (1.1.5) A sentiment that will be echoed in Olivia’s surprising and unexpected affection for Cesario which she describes as catching a plague (1.5.178-80).

Throughout the play love has the potential to blur rather than provide clarity, as Orsino has suggested (1.1.19). It is the glue that holds the mistaken identities together as each character in their own way imputes meaning to the imaginary world they have created for themselves. Instead of the give and exchange of love, we see both Olivia and Orsino passively cloistered within their castles, discrete elements within a broken system, mirrors of each other’s emotional excess.

By the end of the first Act the stage is set for an active hero (Viola/Cesario) to confront the imaginary worlds Orsino and Olivia have created and to move the action from contemplation and isolation into cohesive relationship. As to be expected, Viola isn’t the only hero capable of selfless love, she has a double, mirroring her action: and that is Antonio, the sailor who has rescued her twin brother Sebastian.

In researching Twelfth Night I went down an informative rabbit trail on the Cult of the Ideal Friendship. This type of friendship was built upon the classical notions of virtue and reason and required dedicated pursuit. (A concept that is almost cognitively dissonant for the modern person.) According to Cicero it demanded loyalty in times both prosperous and adverse;  a type of loyalty willing to defy all social norms and constraints. It was exclusive; an intimate bond between men 'who came together in good will. '  It was a relationship that you choose rather than had forced upon you, (Montaigne).

It was also a relationship that demanded proximity. You wanted good things, continued joy and happiness for your friend, and you desired to live with him in order to more fully share in his joys and sorrow. For Aristotle this type of friendship was almost like having another self.

In De Amicitia  Cicero argues that "so spirited is the union and so closely joined are the two friends that their souls mix together and they can be considered as one person."  This mixing of souls became a type of mirroring, aimed at the self-improvement through the alter ego "mirror" of his own virtue.

That being said, I think Antonio has the wrong twin.

In his soliloquy Antonio is willing to risk danger and even loss of life.  His friendship with Sebastian has been the catalyst to heroic action. This is all very classical and echoed in Viola's response to Orsino: "And I most jocund, apt and willingly/ To do you rest a thousand deaths would die." (5.1.125-6)

I read  that "to die" could be an Elizabethan euphemism for achieving orgasm? (Maslen, 2006) That might be a little extreme, but what Maslen suggests is that Viola is willing to publicly admit her love and defy social norms in doing so.  Sodomy was punishable by death.

The Cult of Ideal Friendship within Elizabethan society was a well known concept. What was also well known, (and as Montaigne points out), this type of relationship was supposed to be impossible with women. As Orsino references (2.4.90-99), women lacked constancy and  there would be far too much sexual tension between men and women for it to translate into true friendship. Friendship was the purest form of relationship, unhindered by sexual desire, or the 'frenzy of love'.

"Neither male nor female, neither man nor boy, and in the end neither servant nor master, he is kind of riddle, a pun or double entendre in human form, testifying to the power of comedy as a means of disrupting settled notions and complicating illusory certainties."

In a world where men and women were practically considered different species, Viola’s ability to pass as a man is quite remarkable… And prompts the questions: Is there something inherently unique about Viola? Is she more masculine than the average woman...or are preconceived notions of gender at stake and being rigorously challenged?

Women, according to Aristotle, lacked the ability not only for ‘Ideal Friendships’ but also for rational thinking, they were subservient to men on all accounts and even considered to be a type of deformed male. Their socially acceptable verbs would be: passive, showing sexual restraint, submissive (both verbally and behaviorally)...or of course there were deviant women: shrews, drabs, scolds, and whores. Those were the options for most women.

Maslen argues that even for women to speak in many situations would be considered immodest, and he describes the plight of the dramatist as being how to have women speak without seeming indecent!

At the end of the play, having realized that Viola is actually female, Orsino still calls Viola "boy" one last time and she leaves the play in male attire…some critics take this to be symbolic hope for an egalitarian union…

Whether or not that is the case, as the play ends the reader/ viewer is left feeling the whiplash of social constructions never quite being fully discernible, themes riffing off each other and then subtly disappearing and characters that perpetually shape shift beyond definition.

Howard, E. (1674). Poems, And Essays: With A paraphrase on Cicero Laelius, Or, Of Friendship. London.