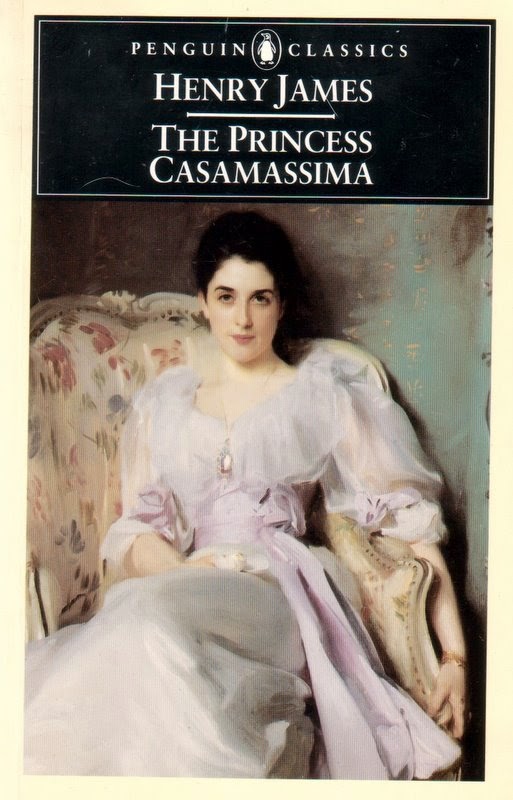 After 6 years and many false starts, I have finally read this book. It was as painful as expected; there were many close calls where I almost "accidentally" lit it on fire, or dropped it out of the window of a fast moving vehicle or discovered an animal capable of ingesting large quantities of paper...(goats?) but alas, no animal came to my aid and in good conscience I can not cross off a book without seeing it through to the end...and if that means hours of my life that I will never get back, so be it. The only fathomable reason to write this book and/or include it in the Western Canon would be to serve as a counterpoint for all truly good books. Let's just say I couldn't rouse myself from my cocoon of apathy to even work up an emotion regarding the protagonist, Hyacinth. When, like his mythic namesake, Hyacinth's life is ended abruptly, two paragraphs before the book ends, I had to go back and reread what had happened to make sure he was really dead, which would have come as a shock if I was capable of feeling anything. For one tiny second I thought, "Hm, I did not really see that coming...but I guess I don't really care -" and then there were two paragraphs of his friends mourning the senseless loss of a life so young and brimming with potential, while I congratulated myself that I had finally made it through and day dreamed about the perfect reward for so painful a journey.

One of the things that's difficult about this book, is it is told in Jame's tranquil impressionistic style, where one learns of things as if being told the life history of a stranger at a cocktail party; only not their history, but rather the history of a first cousin once removed. Through the haze of boredom, one learns that Hyacinth is the bastard of a spirited French woman and allegedly an English nobleman. When the nobleman refuses to acknowledge that he has placed this woman in the awkward position of being an unwed mother, severing ties with her and leaving her cast off and downtrodden, the only solution left to this unfortunate woman is to shoot the lord. While she is left feeling vindicated for a nanosecond, she is then forced to spend the rest of her miserable days in a dank English women's prison. Her son is taken from her and given to an old friend and seamstress who is destined to spend the rest of her days wringing her hands out of a panoply of emotions and believing that Hyacinth, while technically an impoverished street urchin is really the son of nobility and as such destined for greatness.

Here, there is a bit of the nature vs. nurture discussion. Is the partial nobility that courses through young Hyacinths veins strong enough to conquer his baser nature? Despite the fact that he has been raised by a woman with a cockney accent, it seems as if the nobleman in him wins the day and he speaks perfectly respectable English, learns French within the span of 2 minutes and is better read than most of the peerage. He is dainty and frenchified in a way likely only in literature, and like his mythic namesake Hyacinthus, he is incredibly beautiful.

Disclaimer: I had never heard the story of Hyacinthus prior to writing this book report and in retrospect, knowing this myth makes The Princess Casamassima slightly more interesting. The myth goes something like this: Hyacinthus is a young, strong, super beautiful man of uncertain origin. He is so beautiful that Apollo kind of develops a thing for him and takes him under his wing, quickly teaching him the manly art of discus throwing. Unfortunately, during one particular lesson as Apollo throws the discus it goes off course killing the young and inopportunely placed Hyacinthus.

This helps shed a modicum of light on an otherwise frustratingly dull book that is ostensibly about the impotency of the English working class revolution. Instead, the environment of the malcontent provides a backdrop for a young man born into the wrong life at the wrong time. Despite being destined for greatness, our hero must take his place among the impoverished and the first book ends with him begging for theater tickets for him and his childhood friend, Millicent, who has now blossomed into a slightly crass but obligingly beautiful companion for our protagonist.

As they take their seats in the theater, within moments Hyacinth is summoned by the mysterious Princess Cassamassima, who is fascinated by the rumbling turbulence of the lower classes and views Hyacinth as an interesting specimen of this lower order. As Hyacinth chats up the princess he mentions that he too has an Apollo in the form of his good friend Muniment, the socialist agitator and revolutionary. And thus the skeleton of the narrative is revealed; Hyacinth, befriended by a socialist warmonger is immediately taken by this sinister world of intrigue and reprisals for the suppression by the upper classes. Finally his life makes sense; sprung at birth into the maelstrom and chaos of civil discord it seems as if he were destined from his very conception to stand up for the rights of the proletariat. If it were not for Princess C, perhaps Hyacinth who quickly pledges himself to martyrdom for the cause, would have gone about his life with a sense of solemn fealty to his fellow man.

Princess C offers a glimpse into an entirely different world order. After deciding for no apparent reason that she will make Hyacinth her pet and invite him to stay with her in the country, of course to strengthen their platonic friendship and have very long discussions about social well being, Hyacinth begins to have doubts about his glorious martyrdom. Doesn't he have just as much a right to this world as the dingy one he's momentarily left behind? Slowly the seeds of disillusionment are sown as he witnesses the simple luxuries of having a conspicuous income.

All of a sudden Pinnie, his step- mother of sorts, is taken ill and slowly (it felt like it took 50 pages) declines to the point of whispering her last fond remonstrances to Hyacinth and closes her eyes forever. Pinnie, a borderline impoverished seamstress who has only deteriorated at her profession over the years, has somehow managed to scrape about £100 together, which is a considerable fortune beyond the realm of actual feasibility. Hyacinth decides the best way to use essentially a four year income would be to quickly blow it all in Paris, after all isn't he French? Doesn't he have a right to see his paternal homeland? Within a short time (another 500 million pages filled with endless observations and conversational eaves dropping in coffee houses) he has spent his fortune and is now even more jaded by the cause then ever. He walks through the streets of Paris and is reminded at every corner of a failed revolution of the not too distant past. Is it really worthwhile to devote oneself to something so protean as the wants and desires of the masses?

The rest of the book is spent with Hyacinth dreading and regretting the pledge he has made. He is not a coward and refuses to renege on a vow...but it all feels so incredibly pointless. He has long walks through the park with his friend Muniment, and shorter and shorter visits with the Princess, until all visits and walks stop abruptly and he realizes the only solution left for him is to take his life.

The thesis that the things we love often lead to our destruction is a good one. Both foils, Muniment and Princess C, are revolutionaries, gods of war demanding vengeance for the socially vanquished, and pushing Hyacinth to throw his discus and deal the hand he's been given. Only, as so often is the case, where the discus lands can never be certain, and frequently leads a trail of bitterness and heartache in its wake.