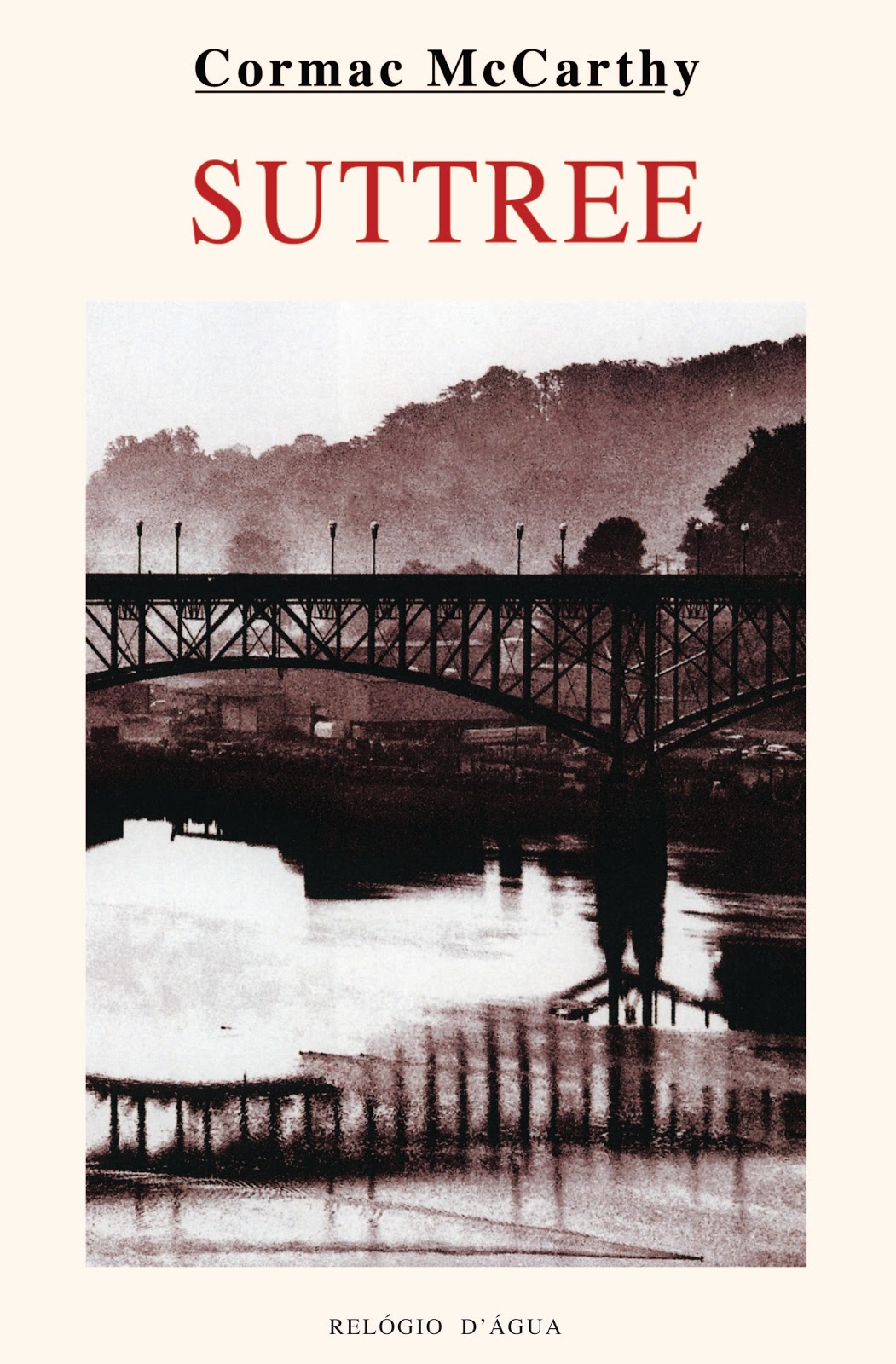 If you were to take the adventures of Huck Finn, and remove all joy and hope in exchange for the sordid, heartbreaking world of Knoxville, Tennessee circa 1950, this is the book you would come up with.

"Down pavings rent with ruin, the slow cataclysm of neglect, the wires that belly pole to pole across the constellations hung with kitestring, with bolos composed of hobbled bottles or the toys of the smaller children. Encampment of the damned...

Here at the creek mouth the fields run on to the river, the mud deltaed and baring out of its rich alluvial harbored bones and dread waste, a wrack of cratewood and condoms and fruitrinds. Old tins and jars and ruined household artifacts that rear from the fecal mire of the flats like landmarks in the trackless vales of dementia praecox. A world beyond all fantasy, malevolent and tactile and dissociate, the blown lightbulbs like shorn polyps semitranslucent and skullcolored bobbing blindly down and spectral eyes of oil and now and again the beached and stinking forms of foetal humans bloated like young birds mooneyed and bluish or stale gray."

Our protagonist, Cornelius Suttree, has walked away from his inherited wealth and status and instead has seemingly taken a vow of poverty. He runs his lines in the brown, mercurial water amongst the sewage, nameless waste and yellowed condoms fishing for catfish. A difficult way to survive, but it seems like this is the place Suttree feels the most at home, in abject poverty and intentional solitude.

As the book opens, Suttree is languidly checking his lines in the torpid summer heat, when he notices a couple rescue boats trolling for the body of a presumed suicide. Unlike Huck Finn, hiding on  Jackson Island and witnessing the ferryboat sounding it's canons and floating mercury bread while  the passengers wait with bated breath in vain for Huck's body to appear, this is real life. In real life the suicide is found, bloated and grim with a grappling hook in the side of its indistinguishable face. This seems to be an unsurprising occurrence, one that barely sends a ripple of concern throughout the riverbank diaspora.

It's not long, although honestly this whole book felt long and painfully slow, before we meet the Tom counterpart, the "melon mounter" Gene Harrogate. Both Harrogate and Suttree are inmates  at a work camp/prison and Suttree steps in as a sort of older brother figure to occasionally be the voice of reason to counter Harrogate's endless get-rich-quick schemes. After they both get out of prison, Suttree goes back to his small dilapidated house boat, and Harrogate takes up residence under a near by bridge. Harrogate quickly develops what he considers a fool proof plan to hasten his journey to wealth and luxury: he will shoot poisoned meat into the sky, bats will eat the meat and die and he will carry their bodies to the hospital to earn the bounty of $1 per bat paid out by the health commissioner. As Suttree looks aft with a modicum of disgust, Harrogate goes sailing by on his homemade boat constructed from two welded car hoods, while slowly it begins to rain the bodies of poisoned bats. This plan does not work and instead of the $42 Harrogate has already mentally spent, he earns a $1 and calls it even.

His next plan is to excavate his way through the city's old sewage system until he finds the bank, detonate a homemade explosive and watch the money poor down from above. As usual, things do not go according to plan.

"He was engulfed feet first in a slowly moving wall of sewage, a lava neap of liquid shit and soapcurd and toiletpaper from a breached main."

The avalanche of sewage throws Harrogate deeper into the labyrinthine tunnels, ripping his clothes from his body. When the wall of sewage finally abates, he is left naked and shivering; rubbing the feces out of his eyes he looks around him only to realize he is completely lost.

This is an interesting take on Tom and Becky getting lost in the tunnel on the day of the picnic. Obviously getting lost with the girl you have a crush on while potentially scary...at least has the hopeful outcome of maybe making out? But in real life you're alone and covered in shit.

While Harrogate sits shivering in the dank, dark sewage system for four days, Suttree spends the next 20 pages wandering around, having random conversations about lost pets and wandering in and out of the tunnel system. Eventually he finds the city mouse, who is momentarily castigated, but not for long and quickly rushes out into a field to wrestle a semi-feral shoat.

Not long after, when Sutree finds himself in a sort of metaphorical sewage system, while he wanders about the mountains looking for himself, there is no one to rescue him or even to bother looking.

"Some doublegoer, some othersuttree eluded him in these woods and he feared that should that figure fail to rise and steal away and were he therefore to come to himself in this obscure wood he’d be neither mended nor made whole but rather set mindless to dodder drooling with his ghosty clone from sun to sun across a hostile hemisphere forever."

The common refrain every few chapters said by his "friends" or neighbors is "oh, I thought you were dead," and the secret of the damned is that they have been for an indistinguishable eternity.

In a weird way, this book is a love story for a person that almost existed; his twin brother that had died at birth. Suttree has a twin sized hole in his heart that can never be filled, a hollowness that aches with a longing for a person that would have given meaning to the abject misery of his heart.

"...Suttree turned and lay staring at the ceiling, touching a like mark on his own left temple gently with his fingertips. The ordinary of the second son. Mirror image. Gauche carbon. He lies in Woodlawn, whatever be left of the child with whom you shared your mother’s belly. He neither spoke nor saw nor does he now. Perhaps his skull held seawater. Born dead and witless both or a terratoma grisly in form. No, for we were like to the last hair. I followed him into the world, me. A breech birth."

Suttree has followed his brother into this world backward, and while his brother now waits for him in "the limbo of the christless" Sutree is left to reconnoiter this terrestrial hell alone. He has abandoned his wife and small son, he goes from one drunken brawl to another, limping away to nurse his wounds but with no hope of sobriety. He wanders aimlessly from one lover to another; a young girl that is crushed by a landslide, a prostitute that has more of an affinity for women than men; his helpmates are there as momentary warm bodies reminding him only more of the ache in his heart that can never be filled.

At last in a moment of lucidity, he packs his cardboard suitcase, and hitches a ride to new soil in an aura of hope. Perhaps whatever land he encounters next will be one that can free him from his wanderlust and  give meaning to the impotency of his life.
at December 14, 2014